What does ‘toiletries” mean? Let’s try to clear that up:

By toiletries we understand those articles of personal hygiene that the hotel industry makes available to guests at the bathroom of the hotel room where the guest is accommodated.”

…Such as the shower gel, the shampoo, the hand soap, the comb, the toothbrush, cotton to remove make-up, etc.

Toiletries should not be confused with amenities, since here, in the United States, by amenities we understand the set of services or facilities available at the hotel in a broad sense. On the other hand, in many non-English speaking countries, the professional jargon of the hotel industry has adopted the Anglicism “amenities” or “amenidades” to refer to toilet articles and to bathroom and room accessories and supplements (such as pen, shoehorn, sleepers, etc.), but excluding the facilities.

Merrian-Webster Dictionary states that the first time when the use of the word toiletry -singular of toiletries- was used was at the end of the 19th century. But the etymological origin of the word toilet goes a long way much further, deriving from the word ”toile” from Latin ”tela” (fabric):

According to the Online Etymology Dictionary (by Douglas Harper, Lancaster, PA), in the 16th century Europe, toilette was a fabric bag used to put cloths away. Later on, it was converted into a dressing room where cloths may be changed, and since such dressing rooms usually had an annexed little bathroom, it was discretely said ‘go to the toilette’ or the dressing room when actually meaning that the person was going to use the bathroom or the restroom.

From such use, the meaning of the term has been gradually generalized with the meaning as we know it today. 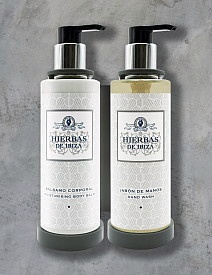